I’ve never been too good with waiting, and patience is a thing that I’m pretty sure I’ve never actually experienced first hand. So this waiting on the Chinese government to invite me to their country is getting kinda nerve wracking. It’s strange how sometimes you don’t realize how much you want or need something until you’re met with the possibility that you might not get it. Let me explain. In order to go to China I have to get a formal invitation letter from the government. I was told that it would come 2-4 weeks before my departure date. I’m still three weeks out, so I wasn’t freaking out too much. However, I just heard from an acquaintance that someone got their letter two months late. Well I’m only planning on going for 6 months, so if my letter comes late, I doubt I’ll even be going. I need the stipend that comes with the 6 month trip, and if I only went for 4 months then I wouldn’t have any extra funds to live off of.

I’m trying not to worry too much, though. At this point, I’ve done all I can. Things either continue to fall into place, or I switch directions. All that’s left to do is pray that the letter comes on time and pray for other windows of opportunity to open up if the letter doesn’t come. 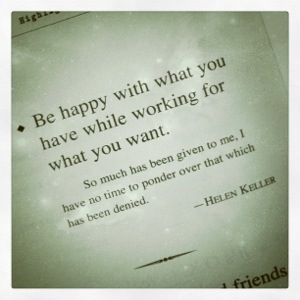 On another note, I’ve been thinking a lot lately about this one particular idea, and it’s really starting to sink in. So the idea is this: I can’t always get what I want, and life is too short to waste time complaining and moping when things don’t go my way. While it’s normal to be upset for a period of time over certain things, it’s not normal to hold on to those things indefinitely. It’s not normal to let every bump in the road become a huge obstacle.

It’s been my experience that there are groups of people who think if you read your Bible, pray regularly, and put God first then your life will go exactly the way you want it to. Maybe that’s not the message they’ve been trying to portray, but that’s how it has gotten twisted, and it just does not work like that. Putting God first in life isn’t about doing so for personal gain. It’s about a loving, grateful relationship of obedience because of the sacrifices he made so that he could keep his promises to essentially undeserving people. Who am I to remain upset for any of the things I have not received? Certainly those things pale in comparison to the gifts and blessings I have already received. Who am I, even, to ask for more?

I know I’m preaching, but it’s mostly for myself that I do so. My hope shouldn’t be in future relationships or in China or in being busy all the time. Certainly, relationships, trips to China, and not being lazy can be good things, but that’s not where my hope should lie. My hope is in Christ and in a future, whole life. My hope is not in broken pieces of this life.

Does that mean I’m giving up on this life and the things I want in it? I’ll admit that for a while I thought that was my only real option. However, that’s a pretty sad option. No, I’m not giving up. I’m just choosing not to let my desires dictate my life and my emotions, especially when they fall through. I also want to spend more time being thankful for what I have instead of constantly desiring more. I think that’s a big problem in our culture today–we are constantly looking for the next best thing instead of being happy with what we have. Waiting for things is almost unheard of; if you can’t get it in an instant, then it’s not worth having. We’ve lost the concept that the truly good things in life are worth waiting and working for. Hopefully this new mindset will take hold in my life. 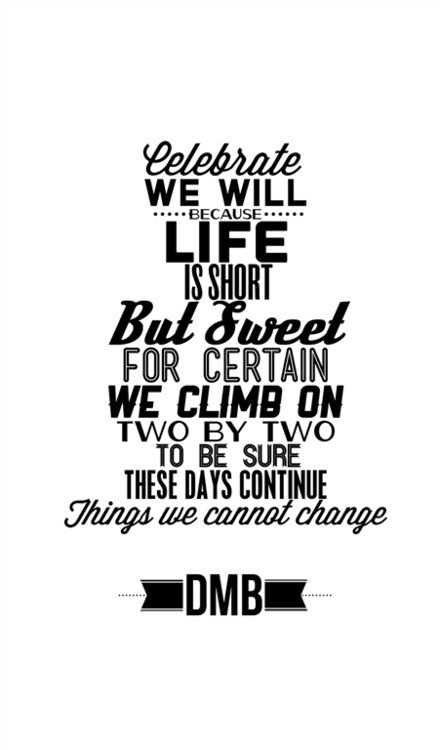